Most overrated albums in the world

Does exactly what it says on the tin. Some of the nonsense contained herein may be very loosely related to The Sisters of Mercy, but I wouldn't bet your PayPal account on it. In keeping with the internet's general theme nothing written here should be taken as Gospel: over three quarters of it is utter gibberish, and most of the forum's denizens haven't spoken to another human being face-to-face for decades. Don't worry your pretty little heads about it. Above all else, remember this: You don't have to stay forever. I will understand.
Post Reply
93 posts

what else could we add to that list?My vote goes for anything by Metallica!

Anything by Blur, except "Black Book."
Top

But seriously, The Queen is Dead and Ok Computer do not have my approval to be in the list 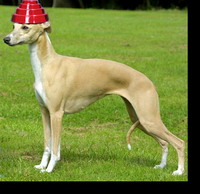 Delilah wrote:My vote goes for anything by Metallica!

Funny, just before I clicked on the link one particular album did pop into my mind, and whaddya know? I was right! Look up a dictionary for the word "overrated" and I think you'll find a picture of Kurt Cobain's cheerless mug staring back at you.

Right with them on the Libertines... Doherty Arrested For The 9th Time This Week For Spilling Someone's Pint...does anyone still care?

Bit unfair on Radiohead - not a fan of them as I was in my early teens, but OK Computer is still a really solid album, beginning to end.

SGT Pepper is by no means the best Beatles album (and I don't think I'm the first to say that their really important record was Revolver), but it does happen to be the album that changed my life. It really was a landmark for me, the day I sat down, aged 10 and listened to my mum's copy for a larf.

Had I not, I doubt I would be on this forum now, or have any dicernible taste in anything.

At this moment I think things like !!! and LCD Soundsystem are terribly overrated, err, the Pixies' Doolittle has a couple of great songs of it, but as a whole it's not very much and there's loads of things by Belgian bands...

Great topic anyway, now I just have to think of other stuff

Nirvana (rubbish)
Coldplay (makes me want to vomit)
U2 (God no...)
Radiohead (Not specifically hated, but made no songs that I liked)
Sex Pistols (commercial as f**k. Also, not an overwhelmingly great album. Give me Suicide or the Ramones any day)
The Smiths (not bad instruments.. but Morrisey's voice and songwriting makes me want to kill myself. And many others.)
Danse Macabre
Top

I don't think Nirvana is rubbish, they made some good things, but it's certainly overrated... Nevermind has been my favourite album throughout a big part of my teens, but then I discovered Floodland, and very quick I realised Nevermind was quite bland

ignoring dark -who's musical taste is at best hit-and-miss (only teasing you korin...though i mean every word -how can you think that the ramones "status-quo-of-punk" dribble is better than the 'pistols?

)- i would have to say -in answer to the question- Tubular Bell's by mike oldfield.

....and (nearly)every track on nevermind is a classic.
"Well I was handsome and I was strong
And I knerw the words to every song
Did my singing please you?
No! the words you sang were wrong"
"SISTERS FOREVER, FOREVER SISTERS"
Top

Nirvana fans don't realise how crap "Nevermind" is because they've hardly ever listened to it, they're too busy plotting ways to frame Courtney for Kurt's death. 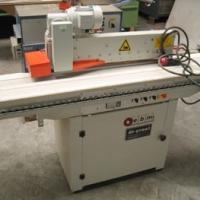 I have to agrea on most of the albums but I think we forget the impact they had when released.
Nevermind might not be that good but it started a whole music revolution (it would have happend anyway but Nirvane was the right Band on the right time)
thats the least you can say about the Pistols. I have to say its one of my least fav. records but if you see all the things it changed. they made the way for hunderds of bands to finaly reach more people.
Top

I agree particularly on Coldplay.

Put their heads on f*cking pikes in front of the venue for all I care.
Top

Listen to the Ramones song "Howling At The Moon (Sha-La-La)". 4 minutes of pure delight. Keyboards an' all. 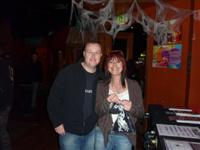 Verve-Urban Hyms
Being brave is coming home at 2am half drunk, smelling of perfume, climbing into bed, slapping the wife on the arse and saying,"right fatty, you're next!!"
Top

controversly i like and enjoy nevermind (altho i hate smells like...) which is strange coz i'm usually very good with bands everyone hates...

i also like the Libertines album, Definately Maybe, Joshua Tree and the Bollocks...so sue me!...the other albums listed in the top ten are undesirable and wouldn't find a resting place in my collection
Dim, through the misty panes and thick green light,
As under a green sea, I saw him drowning.
Top

The Joshua Tree only has five good songs: Where The Streets Have No Name, I Still Haven't Found What I'm Looking For, With Or Without You, Running To Stand Still, Exit. But those five songs are good enough to make the album a classic, and not overated.
Top 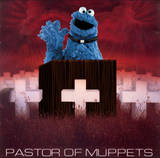 Coldplay write music for people who don't like music. I heard someone the other day describe their singers voice as somewhere between a burp and a yodel

Dim, through the misty panes and thick green light,
As under a green sea, I saw him drowning.
Top

I agree about the Black Album.

Metallica only made one good album: Master of Puppets
Top

Metallica's Black Album is classic...everything changed after that album...Justice for All is mindless pap...Ride The Lightening and Master Of Puppets are also in the classic corner
Dim, through the misty panes and thick green light,
As under a green sea, I saw him drowning.
Top

Coldplay write music for people who don't like music. I heard someone the other day describe their singers voice as somewhere between a burp and a yodel

That's two quotes not to forget

Can we stop with the 'Tallica-bashing now, please?

I know everything went to pot post-Load, but up until then 'twas quality

.
There's a man with a mullet going mad with a mallet in Millets
Top

Burn wrote:Metallica's Black Album is classic...everything changed after that album...Justice for All is mindless pap...Ride The Lightening and Master Of Puppets are also in the classic corner

Burn wrote:Metallica's Black Album is classic...everything changed after that album...Justice for All is mindless pap...Ride The Lightening and Master Of Puppets are also in the classic corner

Dim, through the misty panes and thick green light,
As under a green sea, I saw him drowning.
Top
Post Reply
93 posts