Post your reviews of Sisters-related material or interviews with Sisters-related musicians here. And don't believe the hype: 1985 most definitely is a fashion statement.
Post Reply
38 posts 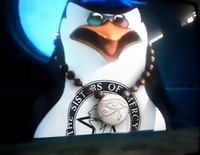 iesus wrote:PS1 - Hands off from Ben, he is good

one of this is not true 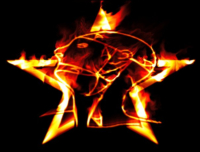 I understand, I think, what you mean to say.
Adam was surely far more to The Sisters than just a guitar player ...
And his leaving marked, IMHO, another very very dark but possibly unavoidable day in Sisters history ...
which took a very long time to overcome ...

OTOH, I wouldn't want to know, where The Sisters were without Chris - and Ben.
He had to step in for the Hellriders' Bite The Bullet Tour 2006 ...
with way less experience at hand compared to Adam in 1993.

Anyway, from then to now Ben has, IMHO, definitely improved a lot and extended his technique,
his repertoire and his means of improvisation. Did you hear what he played during the 2010 gigs?
It took something to get there ... and to me, that sounded like a first discreet echo from what great new Sisters songs could be like.

I respect their effords,seen the energy they bring on stage,it's remarcable.It might be just a random rant of mine,sorry bout it.
Just call it nostalgia to a certain sound from certain period.That's all.

Well I don't know, because I have no knowledge at all about playing the guitar, I'm just a listener.

And I've never said I didn't like Adam, God forbid.

But I think that comparing Adam to Ben is rather impossible because they are too different, it's like comparing a Dodge Viper to a Nissan Patrol, or a cupcake to a herring: both are good but what we prefer is mostly a matter of taste, mood, and other circumstances.

Speaking of herring, if you are going to Tilburg try a raw Dutch herring with unions and pickles. I am sure you will like it.
Top

Beans...
Add Beans in this combination and you will remember this

Onions, pickles, Beans and a Herring

I am not going to the gig, but I want to be made very jealous. I want to be told of a voice like a choir of baritone angels, a crystal clear sound, a whole new set list, loads of new songs, a live bass player and confirmation of a new album