Got any interesting thoughts on a set of lyrics? Any that don't involve the word "indeed"? Find yourself struggling to decipher all those obtuse references Von makes? Read "1959 And All That" and still no clearer? Postcards found lying in a skip around the back of the Chemists can be found here... Don't say you weren't warned.
Post Reply
32 posts 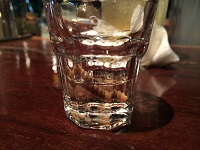 Ah yes, that's the clipping. Nice read on the wedding couple and for a second there I thought we were on to something, but '1959 and all that' is very much a voice of reason. Can't really argue with that. 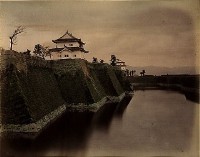 In terms of overall theme, a hard one to figure, but you could pick out a fairly veiled attack on televangelism and perhaps organised religion more generally ('all the things we never needed'...you can hail maries all night to no avail...).

Not totally confident about this one, but the second verse especially says something to me...

'God knows everybody needs
A hand in their decision
Some of us are not so sure
[that we need to make decisions for ourselves]
I've seen his own held out
For a ride on television
[via a televangelist?]
I think he's still in Baltimore'

[1969 And All That wonders if 'Baltimore' refers to the Baltimore Catechisms, which explain the basic elements of Christianity. If you go along this line, the meaning of the verse would be - God's basic ideas are still sound, despite those who have corrupted his message since. Dunno if I'd read it this way or not. Heavy, eh?]

Yes, the Baltimore line always puzzled me. Here is something which may, or may not, have led Mr. E to pick Baltimore:

Will I dream of sleeping with all the girls in Baltimore?
I dunno.
Last edited by Doctor E on 20 Mar 2006, 07:13, edited 1 time in total.
Kurtz: Are my methods unsound?
Willard: I don't see any method at all, sir.
Top 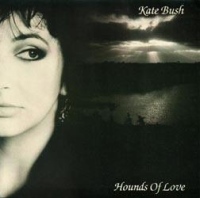 Isn't there a big mental institution in the Baltimore area ?
Then "still in Baltimore" = still locked up
I'd end this moment to be with you
Through morphic oceans I'd lay here with you
Top

Badlander wrote:Isn't there a big mental institution in the Baltimore area ?
Then "still in Baltimore" = still locked up

Interesting take on the line. Are you thinking of a particular, well-known place?

The last two lines of the verse I've quoted have always been a mystery to me. People on this thread have suggested that the song is partly about American Teleavengelists.

"I've seen his [God's presumably] hand held out for a ride on televsion". What do you, or anyone else, take this to mean exactly? I've never heard the idiom "holding your hand out for a ride." Does this mean begging for money and taking religious suckers for a ride? It doesn't quite make sense to me. Once I thought this meant that God was trying to hitch a ride (and that it was a reference to a TV show I wasn't aware of), but that he never got further than Baltimore, since people were so uncaring!

Help please!
Kurtz: Are my methods unsound?
Willard: I don't see any method at all, sir.
Top

His own held out for a ride on Television reminded me of:
"We would LOVE you to take part in a challenge. The challenge we have devised is 'The Andrew Eldritch Hitch Hiker Puzzle.' We would film this with secret cameras and it would involve you thumbing a lift near motorway services. When the car stops you would give the driver a quiz question such as, 'What's the Capital of Finland?' If the answer is correct you would then accept the lift."
Foresightedness? For a second I thought I had found something.. alas, they wrote their letter some ten years late. Bastards. Never in time.

I'd see "Baltimore" as meaning "still in Maryland", myself.

There's actually something of an interesting mini-concept going through side 1 of VT here, from "25 whores in the room next door", through Ribbons, then finishing up with this sad exhausted tale of a bloke who's weary of the lifestyle, tries to get away from it, but keeps on coming back.
Trigonometry. It's a sin.
Top

mh wrote:I'd see "Baltimore" as meaning "still in Maryland", myself.