GW34 - a bit late but it's this weekend anyway

Does exactly what it says on the tin. Some of the nonsense contained herein may be very loosely related to The Sisters of Mercy, but I wouldn't bet your PayPal account on it. In keeping with the internet's general theme nothing written here should be taken as Gospel: over three quarters of it is utter gibberish, and most of the forum's denizens haven't spoken to another human being face-to-face for decades. Don't worry your pretty little heads about it. Above all else, remember this: You don't have to stay forever. I will understand.
Locked
17 posts • Page 1 of 1

It's Saturday! Now, on Tuesday, I wasn't going on holiday, but on Wednesday evening I was happily ensconced in a stately pile where the nearest neighbours were Blenheim Palace and North Leigh FC. As I'm home now I'd better get on with it. Here are the scores on the doors so far:

Leicester 0 - 1 Newcastle Perez with the goal, apparently Leicester were s**t.

Spurs 4 - 0 Huddersfield Wooo! No Alli, no Kane, but Wanyama and the fantastic Moura steal the show. Except for Sissoko's standing ovation and Moura's little boy after the game. D'awww.
Brighton 0 - 5 Bournemouth Fraser and Wilson get all the points, just about. Brighton compoletely flattened, and they have another game this GW. Knockaert, not.
Burnley 2 - 0 Cardiff Cardiff also have another game to play, and must be hoping that a ref will like them. A penalty given then turned down, another not given, Warnock unhappy.
Fulham 2 - 0 Everton Well blumming heck. Pressure off, and a win.
Southampton 3 - 1 Wolves I do not approve. Not with Doherty in my back 4.
Man Utd 2 - 1 West Ham Pogba with two penalties, Anderson with the reply. Untidy pushed by the Hammers.

So far so good.
In other news, Joey Barton has *allegedly* beaten up the opposing team's manager in the tunnel after the game. Why is that man even in charge of a team?

K, let's see what happens next

emilystrange wrote:
So far so good.
In other news, Joey Barton has *allegedly* beaten up the opposing team's manager in the tunnel after the game. Why is that man even in charge of a team?

yup. police investigating. Jeff announced it on Soccer Special just as the final whistles were going. it's trending on Twitter
I just can't keep living on dreams no more
Top

Mr Barton never fails to live down to his reputation.

While I'm here RIP Anfield Iron
....if I have to explain, then you'll never understand....
Top

emilystrange wrote:yup. police investigating. Jeff announced it on Soccer Special just as the final whistles were going. it's trending on Twitter

Here are the rozzers stopping him from leaving the car park Holy cr@p!
Salad has just scored one of the best goals of the season
Cheers.
Steve
Just like the old days
TheCureCommunity 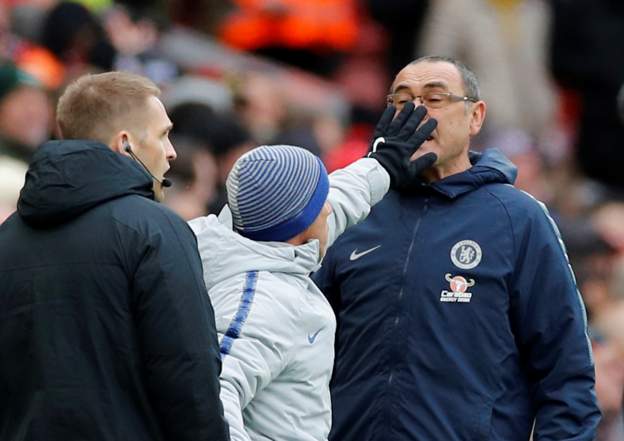 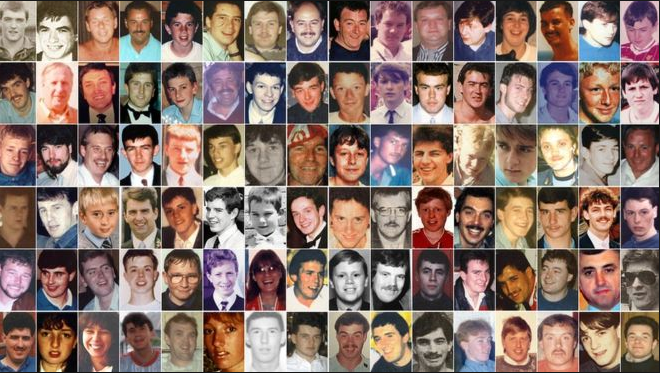 While Cardiff are beating the scum, Messi is having Mancs for supper

Let's finish off, then

Crystal Palace 1-3 Man City Palace didn't do what a lot of teh country wanted, but we did get a superb show from City. Sterling and De Bruyne stole all the points with accomplices SanÃ© and Jesus.
Liverpool 2 - 0 Chelsea This was a smashing game played at breakneck speed. Salah with a blinder of a goal followed up Mane's opener. Chelsea outclassed. A fitting marker of Hillsborough's 30 anniversary.

Both City and Liverpool look worthy title winners, but this weekend, the Reds had the spark and joy.

Watford 0 - 1 Arsenal I didn't watch this one with any deep interest. Deeney got sent off which helped no one or the game. Arsenal didn't take full advantage.

So, we come to the end of another GW, close to the end of the season. All to play for, Champions League and FA cup in the mix, and many a slip mayhap 'twixt Cup and lip. Probably not in the Game of Goths league, though. The current tables show things as they were:

Dead Men Walking is moulding the Yellow Jersey to his frame

Over in the H2H things also remain the same, with EIB stealing the week by 1 point:

The Clash Wednesday holding on to his crown pretty tightly

So, at the end of an odd week, I shall shoo out of of the BatCave to get some fresh air inside the Shed. After last night's shenanigans at the Etihad and a rerun on Saturday to look forward to, I need a rest!
I just can't keep living on dreams no more
Top

Bit of a nail biter this weekend for Liverpool, Citeh & Spurs at the top & Cardiff, Scumbags & Southampton at the bottom